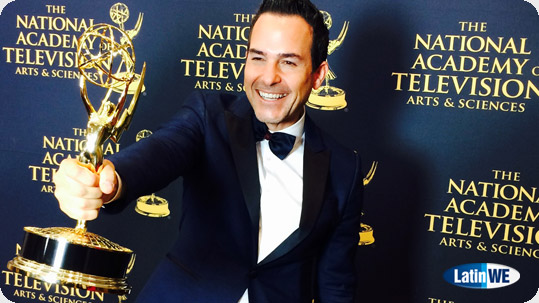 The well-known entertainment host, Carlos Calderón, was chosen as the winner of a Daytime Emmy 2015 for “Outstanding Daytime Talent in Spanish” for his great work in Univision Network’s “El Gordo y La Flaca,” the #1 entertainment news show.

In a night filled with joy and excitement for all Hispanics, the current host of “Sal y Pimienta,” was pleased to take an Emmy statue home and shared with LatinWEnews: “This Emmy is dedicated to all Latinos that show me their love and support every day, it is inexplicable the satisfaction I feel and how much it means to have won this award. Also, I am deeply thankful for the entire ‘El Gordo y La Flaca’ team who made it possible for our show to have also received an Emmy. I am very proud of all of them.” 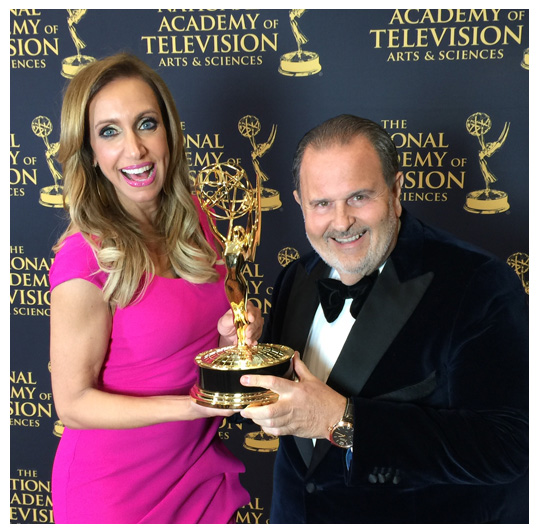 Carlos’ charming personality and his great work and career undoubtedly made this moment possible; Calderón is one of the most beloved talents by the audience, who through social networks, keeps a unique connection with his fans.

The Daytime Emmy Awards 2015 for Spanish talent, annually given out to the best daytime TV in the United States, took place this past Friday April 24th in Los Angeles, California.

It was also an unforgettable night for “El Gordo y La Flaca’s” main host, Raúl de Molina, whose show was awarded a Daytime Emmy for “Outstanding Entertainment Program in Spanish.”

Latin World Entertainment is the premier talent management and entertainment marketing firm in the United States. The multi-service company offers a 360-degree approach that includes publicity, licensing, endorsements, brand integration, production and content development. 100% Hispanic owned, LatinWE has the reputation of being the number one Hispanic talent agency in the country and the strongest multi-service and synergy provider in its kind in entertainment.