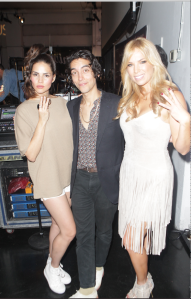 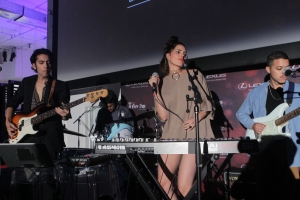 This platform is a unique content-generating live music showcase series that captures, shares, and celebrates alternative soundscapes while accentuating music culture trends soaring from cities across the nation.

The Brooklyn-based experimental electro-pop band and couple, Buscabulla (Puerto Rican slang for “troublemaker”), comprised of Raquel Berrios and Luis Alfredo Del Valle, catapulted notoriety when globally revered music producer Dev Hynes—a.k.a. Blood Orange—endorsed their sound and handpicked the duo amongst thousands of musicians vying to win a contest for him to produce their debut LP. Hynes has written and produced for noted musical groups and artists such as Florence and the Machine, Sky Ferreira and Solange.

Exclusive content from these events are shared on VidaLexus.com, an online lifestyle platform created by Lexus that celebrates the Hispanic community’s rich cultural contributions and the boundless journeys of Latino creatives with drive.

Join the conversation using the #vidalexus hashtag, following @TeParaTresTV and @Lexus on Twitter, and liking us on Facebook at http://www.facebook.com/TeParaTresTV. 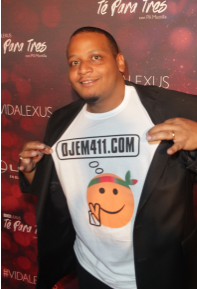