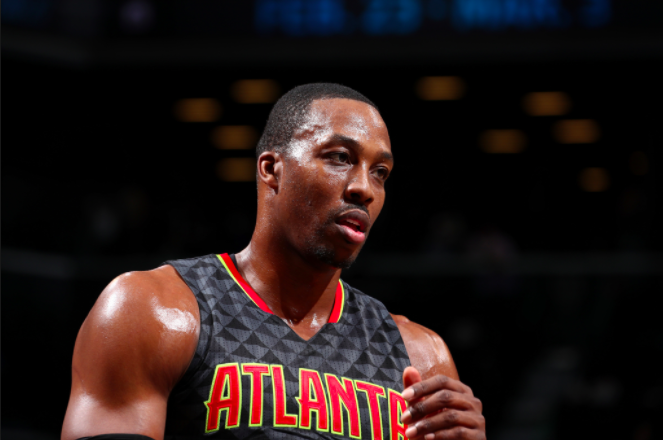 It seems as though the departure from Orlando in 2012 has spiraled Dwight Howard on a journeyman’s path of no return. Since stirring up controversy and leaving the franchise he went as far with as the finals to, Howard has seen 4 teams in 5 years. First he could not get along with Kobe Bryant, coupled with the fact that he wasn’t the dominant center expected of him, as were the three generational big men before him. Houston saw himself and James Harden vie for supremacy as the franchise player, before diminishing play and internal strife subjected Howard to the role of scapegoat. In a failed attempt to rejuvenate his relevancy, Howard went home. Unfortunately, home must not have been where the heart is, as Howard underachieved, and produced 13.7 points and 12.5 boards per game.

To be fair, injuries have played a major role in Dwight Howard’s drift into obscurity. Back issues plagued him in Los Angeles, and his knees took a turn for the worst in the latter 2 years of his Houston career. It is also not to his fault that coach Mike Budenholzer did not play him more than 29 minutes a game. But coaches divide the minutes up based on the player’s ability to mesh with the other players around him and simply help win games. Howard has transitioned from the most dominant center in the NBA since Shaquille O’Neal, to a solid center who plays defense and remains efficient. But that is not the Dwight Howard that America has fallen in love with.

The tough love is not to discredit Howard or call him a bad player. He is still a top 10 center in the association with one of the most efficient numbers in the game. But with his superman physique and utter dominance on the defensive end, he has underwhelmed. But that is not to say Howard cannot turn the tide.

If there is a single moment in his career where Howard can revitalize himself, it is now. The Charlotte Hornets are a tough team with a point guard in Kemba Walker who, similar to that of John Wall, demands the best out of all of his teammates. He will be playing under one of the best coaches in the entire league in Steve Clifford. In addition, Howard will be allowed to step in as the second option on the team, a role that is best fit for his skill set. Charlotte prides itself on its defensive intensity, coach Clifford’s niche, and Howard will have the keys to anchor the defense and try to salvage what is left of his rim-protecting talent. And the biggest factor is…

Dwight Howard will be playing under Michael Jordan. Yes, Jordan is not the coach. But as the owner of the team, Jordan obviously has a major influence in just about every facet of the team’s day to day functions. Playing with Kobe Bryant made us all believe that the “Blackmamba” would somehow activate a new level in Howard. But playing alongside him as his peer most probably eliminated the fear factor needed to light a spark under Howard. Moreover, playing under the greatest player of all time, Howard’s goofy personality and nonchalant body language on the court will not be tolerated whatsoever. If there is one guarantee at all, it will be that Howard will have more incentive to prove something, whatever that be lies with him.

There is more at play. The NBA changed right under Dwight Howard’s feet. Right as his descent began, Stephen Curry’s dominance simultaneously usurped his. The emphasis on three point shooting diminished the need for traditional back to the basket players. Howard, as recently as during the NBA Finals, went on several sports shows such as ESPN First Take, boldly proclaiming his change of mindset to incorporate the three point shot into his arsenal. We’ve seen Youtube videos of Howard in the gym improving his shot. To the contrary, he shot a meager 53% from the charity stripe, on pace with his career 57% mark.

Several factors will play a role in the amount of success Howard will have in Charlotte. First, Howard will be getting more touches. In Atlanta, Howard was limited to only 29 minutes a game, and fought for playing time with Center Mike Muscala, who could stretch the floor. In Charlotte, instantly becoming their second best player, Howard should see an uptick in minutes and touches. Despite his injury history, he is still only 31 years of age, and could very well have 3 to 4 more years of good basketball. Secondly, Howard must improve from the free throw line. If he wants to ingratiate himself into the offense better, he must improve his free throw shooting by at least 15%. In Atlanta, despite being perhaps the second best player overall on both ends of the floor, Howard was the 4th option on offense, mainly due to his inability to hit freebies. With his size and imposing strength, he forces defenses to foul him, and it means nothing if he cannot capitalize at the charity stripe.

If Howard can manage an increased workload in a minor uptick in minutes, hit free throw shots at a slightly better rate, and continue to take care of his body, he could easily increase his point totals. Couple that with finally treating basketball with the utmost seriousness and will to win, and the urge to prove to the world and the G.O.A.T the type of player he is, Howard can make an impact on this team. Now by no means is a championship caliber onslaught being referenced or predicted, but Howard can most certainly return to all star form and propel the Hornets back into playoff contention.

View all posts by matthewl248