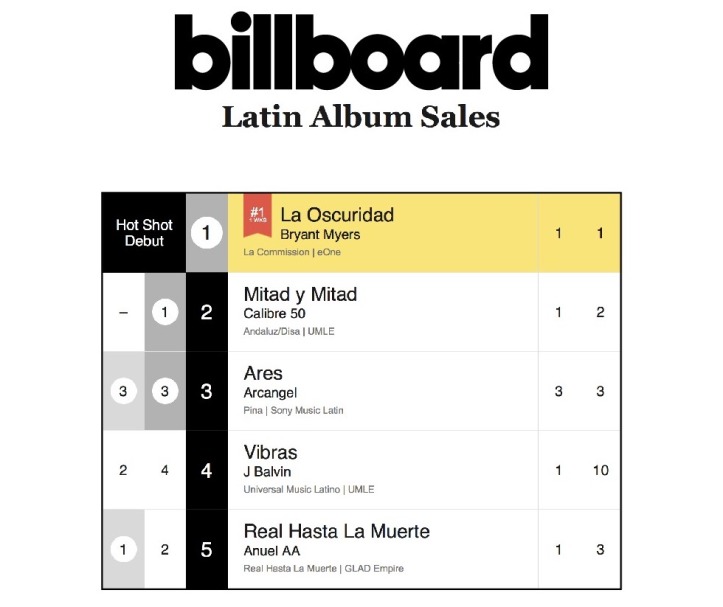 As one of the pioneers of the Latin trap movement Bryant Myers joins a select list of the few urban artists who had their first solo album debut at #1, making a strong statement for the relatively new Latin trap genre that has been steadily crossing into the mainstream from the strength of streaming platforms and social media.  Bryant is one of the undisputed leaders of the movement and had one of the first trap hits ever with “Esclava” at only eighteen. He has since been evolving his sound and now two years later on La Oscuridad explores other rhythms including reggaetón and dancehall with an array of producers including Alex Killer, Chris Jeday, Champion Sound, EQ, LilGeniuz, Montana, Maffio and Nesty.

Bryant had a heavy agenda promoting in Miami and New York the album release including an instore signing in Orlando, album release party in New York and this past weekend a performance in Costa Rica as part of the Trap Fest.  The album released on eOne / La Commission was preceded with the release of multiple singles and videos.  This week Bryant is planning a surprise for his fans for their support in making “Triste” a viral hit.

There was an error retrieving images from Instagram. An attempt will be remade in a few minutes.