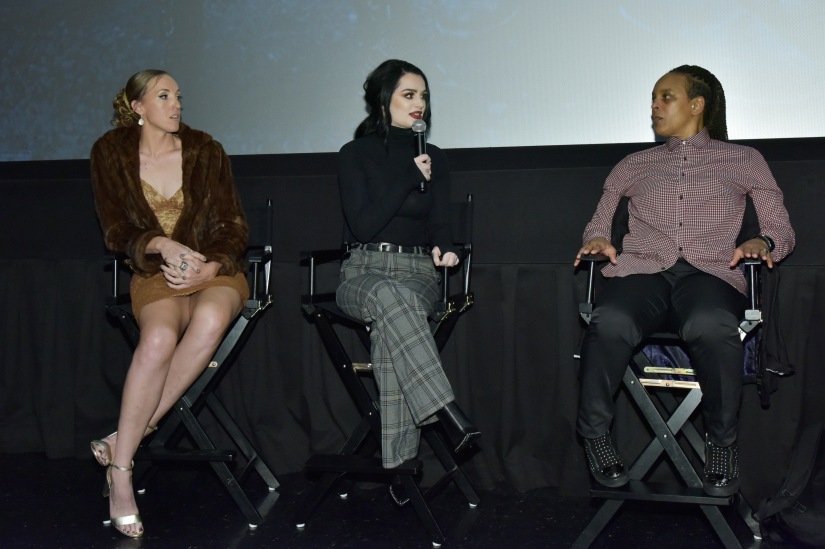 MGM’s Fighting With My Family, starring The Rock and WWE’s Paige, screened in New York City. The drama film is about life after the WWE produced by Kevin Misher, Dwayne Johnson, Dany Garcia, Stephen Merchant and Michel J. Luisi. The film will be released worldwide on February 22, 2019.

Fighting with my family is based on a true story, follows reformed gangster Ricky, wife Julia, daughter Paige and son Zak as they make a living wrestling together in tiny venues. When Paige and Zak got the opportunity to try out for the WWE, the family grabbed a once in a lifetime chance to turn their wildest dreams into a dazzling future. However, brother and sister quickly discover that to become superstars, both their talent and their relationship will be put to the test. Fighting with My Family is what critics are calling a heartwarming and smart comedy that proves everything is worth fighting for when it comes to family.

The kicked off the release with a star-studded screening in New York City in which Paige, were in attendance take MGM’s Fighting With My Family, starring The Rock and WWE’s Paige- WWE Superstar, Monica Abbott-US Women’s National Softball Team Olympian, and Teresa Weatherspoon- WNBA Legend and former basketball coach, along with others a look at the pictures below: