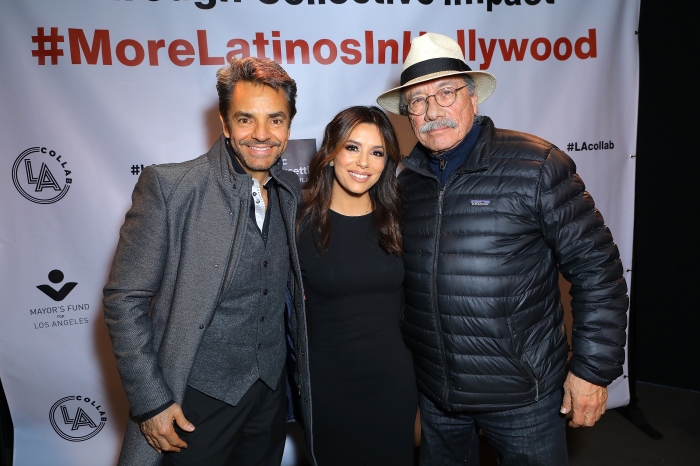 Mayor Eric Garcetti today launched LA Collab, an unprecedented effort to connect Latinx talent, executives, and creators to opportunities in the entertainment industry — and double Latino representation in Hollywood by 2030.

“Latinos are a powerful force in L.A.’s culture and economy, and our trademark industry should tap into the diverse pool of talent in our own backyard,” said Mayor Garcetti. “On big screens or small, in front of the camera or behind it, our studios, actors, directors, and producers inspire the world with the power of their creativity and imagination — and LA Collab will elevate new voices and empower the next generation of Latinx creatives.”

According to a report by the Motion Picture Association of America (MPAA), Latinos represent nearly 25% of the box office. Yet a recent study by USC Annenberg showed that Latino representation has been stagnant over the past dozen years, averaging roughly 3% of all leads and co-leads in motion pictures.

In 2020, LA Collab will focus on reversing this trend by helping Latinx talent develop their skill sets and promoting collaborations with Latinx creators and top producers, filmmakers, buyers, showrunners, and industry allies.

Mayor Garcetti co-founded LA Collab alongside Beatriz Acevedo, founder of mitú and president of Acevedo Foundation, and Ivette Rodriguez, president of AEM. Together, they kicked off the initiative with support from more than 50 leaders and organizations, including Eva Longoria, J.J. Abrams, Eli Roth, DeVon Franklin, Jason Blum, and Zoe Saldana. Initial funders include the Mayor’s Fund for Los Angeles, Annenberg Foundation, WarnerMedia, and Endeavor Content.

“The near invisibility of Latinos in Hollywood was the catalyst to rally Hollywood behind this crisis to create change together,” said Beatriz Acevedo, co-founder of LA Collab. “By facilitating unprecedented collaborations between the creative community, studios, buyers and other influential allies, LA Collab will ultimately drive exponential growth for the industry and our community.”

“As a Latina, I want to see more actors who look like me onscreen and behind the camera,” said actor, director, and producer Eva Longoria. “I started my own production company to create content from our community, and I became a director/producer to be in a position to hire people who look like me. With LA Collab, I want to open the door for many more Latinx creators and fuel the emergence of a better entertainment industry that elevates and celebrates the diversity and richness of my culture.” 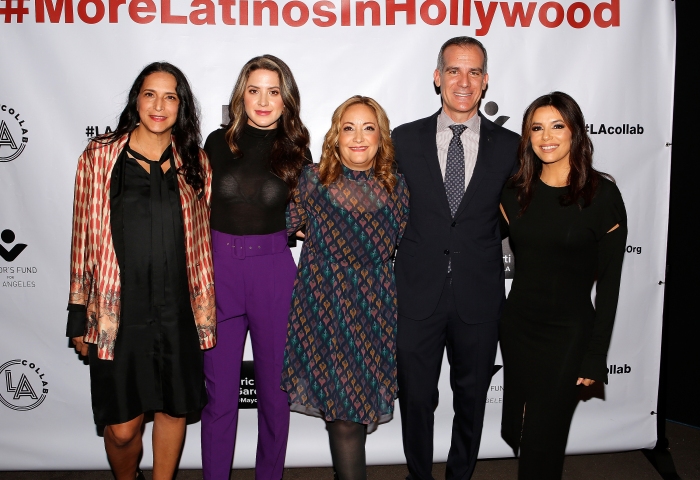 Several other entertainment leaders from the founding coalition are supporting LA Collab’s mission by providing access and hands-on experience to emerging Latinx creative talent, including Eli Roth, who will support Latinx horror filmmakers via his digital platform, Crypt TV; and Lionsgate’s Pantelion Films and Pantaya, which will actively search for new bilingual voices for their scripted OTT and studio projects.

LA Collab has also secured the following deals for the Latinx creative community:

A finance development deal for a feature script with Endeavor Content

A scripted proof of concept deal with WarnerMedia’s 150

A development deal for a documentary with Shine Global

LA Collab has partnered with The Latino Donor Collaborative (LDC) to complete a report summarizing the group’s achievements over the course of its first year, and track the progress of Latino representation with the development of a first-of-its-kind Database of Latino Working Talent in Hollywood as a master tool for LA Collab’s success.

The LA Collab advisory committee will serve to support and amplify the initiative’s mission and projects. Members include:

Other LA Collab supporters include: